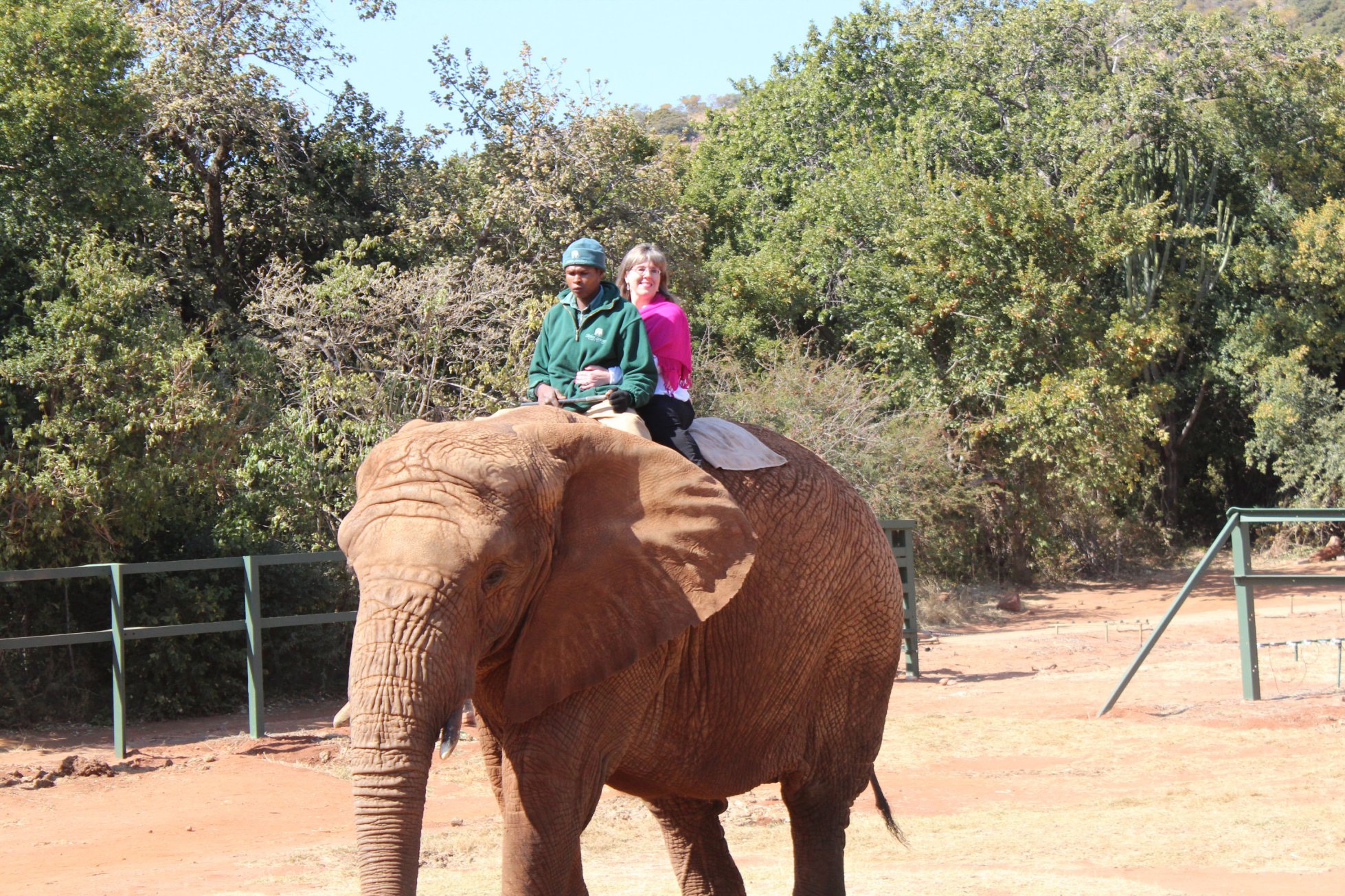 [et_pb_section admin_label=”section”]
[et_pb_row admin_label=”row”]
[et_pb_column type=”4_4″]
[et_pb_text admin_label=”Text”]
With only 24 hours to experience Johannesburg, South Africa, I knew I couldn’t take any chances with wandering routes and wayward strolls, which is one thing I love to do when I travel abroad. I have heard that the crime rate in Johannesburg was high, and that taxis are not the most reliable source of transportation. So, making sure I didn’t take any chances with safety, I made sure to schedule all of my activities through the hotel. When I travel, it is usually alone, and as a female, I have to be aware of my surroundings. See why I love to travel alone here.

I chose the Crowne Plaza Rosebank as my hotel based on the recommendation of a friend from SA. The hotel was nice, clean and comfortable, with a few upscale amenities. The rooms were a bit smaller than I am used to – they are more the European size than American size. The hotel has an outdoor pool (too bad it is winter here!), 24 hour gym, 24 hour room service, small coffee shop in the lobby, and the bar and restaurants are open until 11:00. It is situated in Rosebank, a small neighborhood in the center of Johannesburg. Within 2 blocks, there is a large shopping mall with a grocery store and many specialty shops. It is a lovely way to kill some time, but I suggest arranging a pickup and drop off through the hotel after dark.

The travel desk was tremendously helpful in choosing the activities for the day. I chose one tour specifically because it was a bucket list dream come true and the other because of professional interest! I first went to the Elephant Sanctuary – a two hour drive outside of Johannesburg. It was amazing. I was able to pet, hug, and feed an elephant. One even gave me some tremendously gross sugar! After the initial feeding of one massive Elephant, we were taken to a corral where the elephants and their handlers let us pet and hug on them. We then walked to a larger corral where the elephants allowed us to walk, hand in trunk with them and interact with them in a less confined setting. Finally, my dream come true, I was able to ride an elephant!!! I was so excited! On our way to visit with the elephants, we were able to walk through the monkey sanctuary and ran into the little family below! 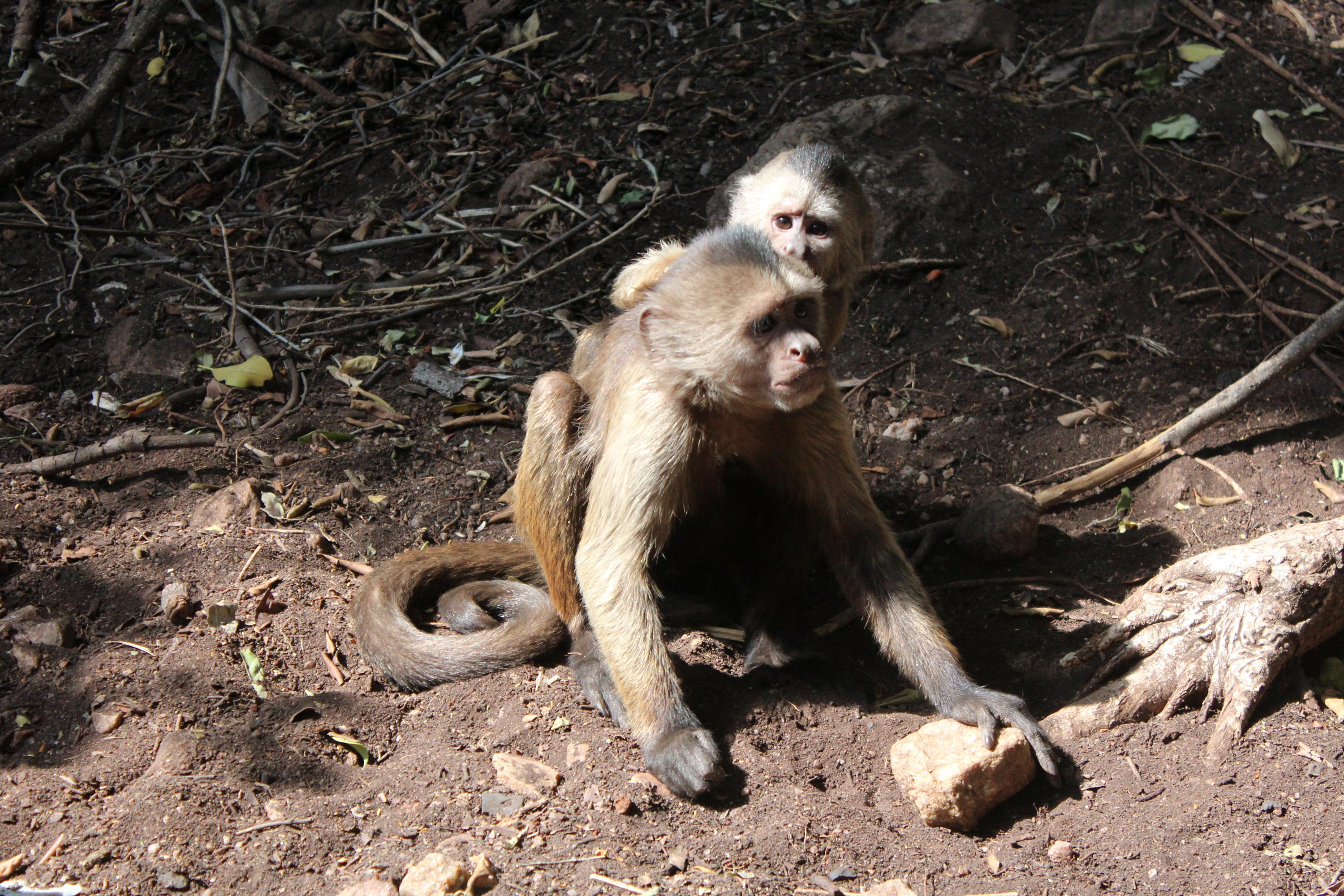 The remainder of my day was spent in SOWETO, a small enclave in the Southwest part of Johannesburg where Africans lived during the Apartheid years. During this time, the community was home to both Desmun Tu Tu and Nelson Mandella. As a matter of fact, they lived just a few blocks from each other on the same street. During these years, Africans could not even enter Johannesburg without a passbook (sort of like a passport) allowing them entry. The community was once desperately poor, but now has a burgeoning middle class, and even some wealthy inhabitants. I expected to see shantys, shacks and clap board houses, and not much more. I couldn’t have been more wrong. There were vibrantly painted homes, commerce and restaurants near the Mandella house itself. Don’t get me wrong, the shantys are present in parts of SOWETO, but they are not as prevalent as they used to be.

The tour was absolutely amazing. The community was much more lively and vibrant than I expected for it to be. Of course there are the touristy street vendors and street performers, but that added to the overall flavor of the experience.

I loved seeing the Mandella house as well as walking along the streets and hearing music, smelling the lovely smells of lunch time in SOWETO and feeling the breeze on my skin. Skahumzi, a touristy spot near the Mandella house, on Vilakazi Avenue – the most famous street in SOWETO, and who’s name means home building – was a perfect rest stop. There were a variety of vegetable dishes (confession: half of what I had no idea what they were, but were still delicious!) a lamb dish, chicken, sausage, and a beef dish. I chose the chicken and several small portions of the vegies. 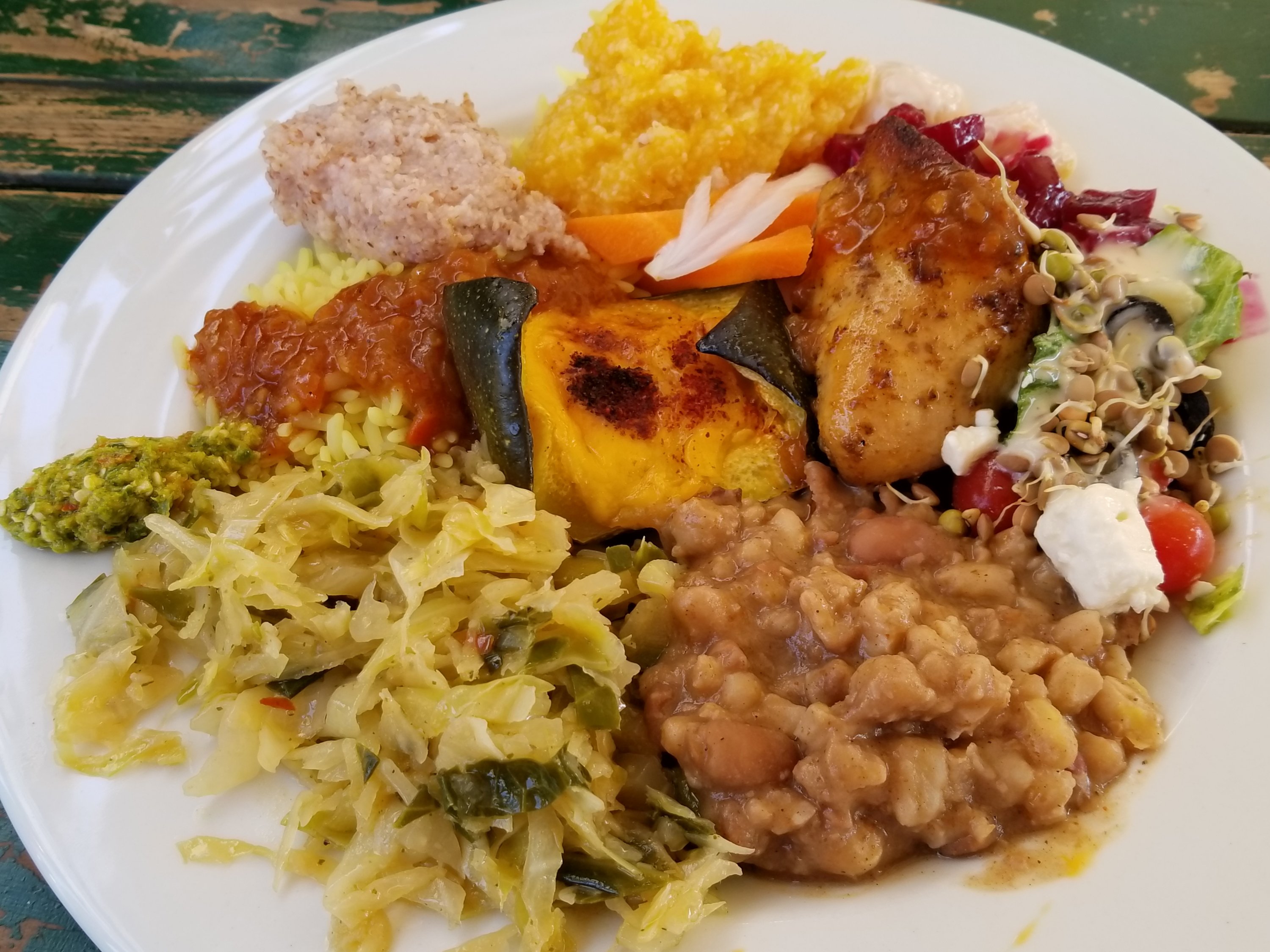 When we were done with lunch, my guide took me to the Apartheid museum. While you learn about it in History, it is nothing like walking through the exhibits and seeing the militaristic weapons and vehicles that the government used on unarmed people. How we get to these points in our humanity and in human history, I will never truly understand. The museum was quite well done, but some parts were hard to view – taking older children is fine, but you may want to consider leaving the younger ones with a relative. 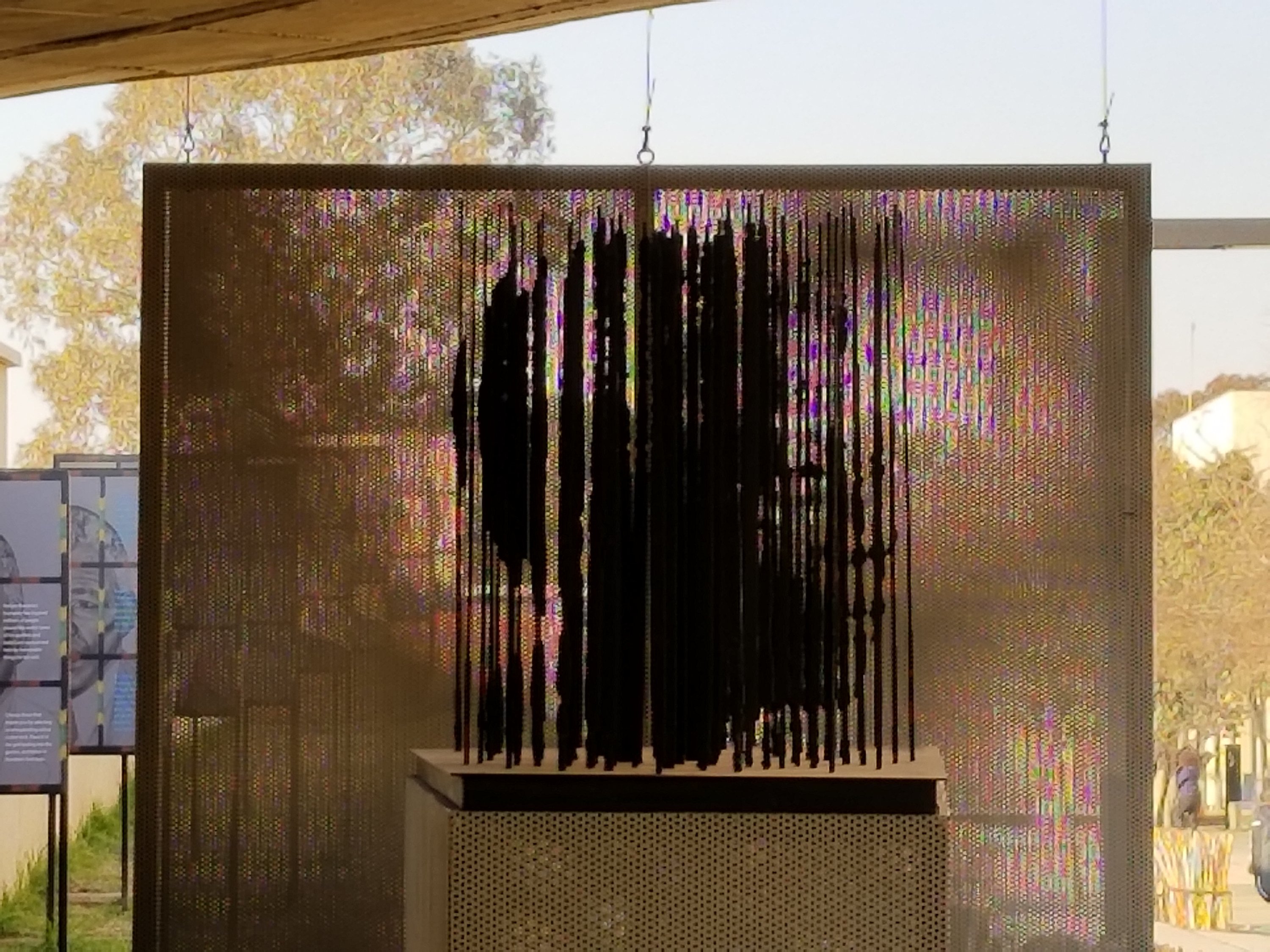 Finally, a bit of time at the mall, seeking out a converter, and a lovely steak dinner at the hotel restaurant and this girl was more than ready for bed! Dinner was a lovely side of mixed vegies, and the single best filet of beef I have ever put in my mouth! 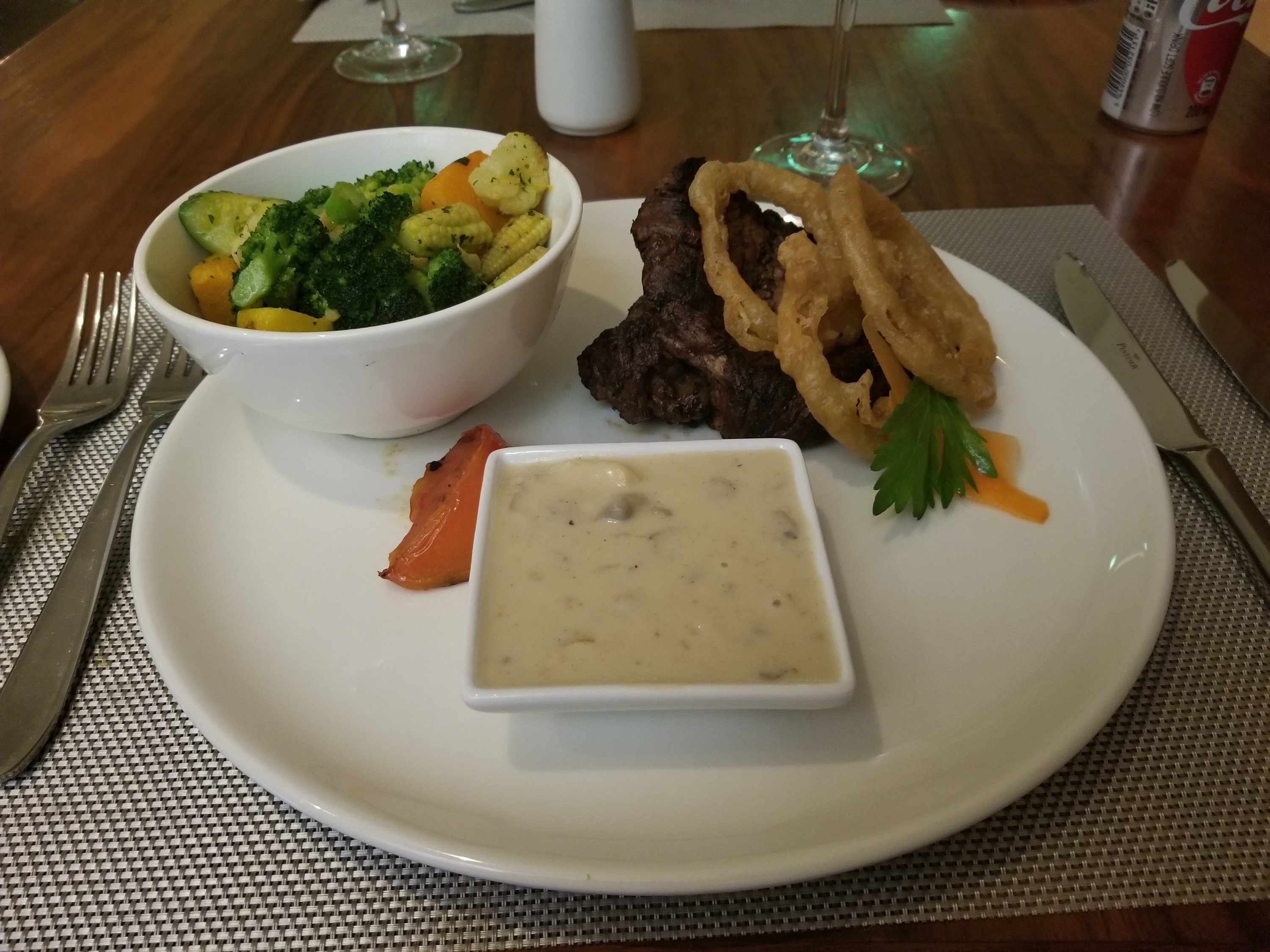 Fresh, the restaurant at the Crowne Plaza was also were I had breakfast that morning. Both meals were fresh, flavorful and absolutely perfect. My favorite dish so far was a corn based dish that resembled grits, mixed with a purred butternut squash and baked. It was a little sweet, but still full of corn and squash flavor. I had never tasted anything like it before, and don’t know that I’ll cook it at home, but it hit the spot at lunch.

My 24 hours was jam packed with personal and professional growth, especially since I was able to learn more about Apartheid and “The Struggle” as the locals refer to the resistance and resulting violence. I also checked off two of my life bucket list items – visiting Africa (adding a continent to one of my items) and riding an elephant!
[/et_pb_text]
[/et_pb_column]
[/et_pb_row]
[/et_pb_section] 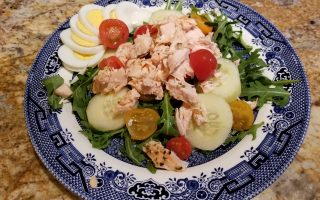 How To Stay Healthy This Fall 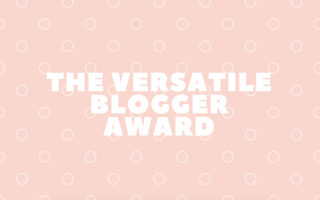